Unfortunately, our County Junior Camogie team were unable to overcome the challenge of Dublin in the Littlewoods Ireland National League Division 3 Final. Check out the Match Report here

Roscommon Gaels (pictured above) were worthy champions in the U14 County ‘B’ Final on Saturday when they overcame a physically strong Padraig Pearses side by a single point. The game followed the U14 County ‘C’ final which saw Oran overcome Athleague in a thrilling game of camogie. 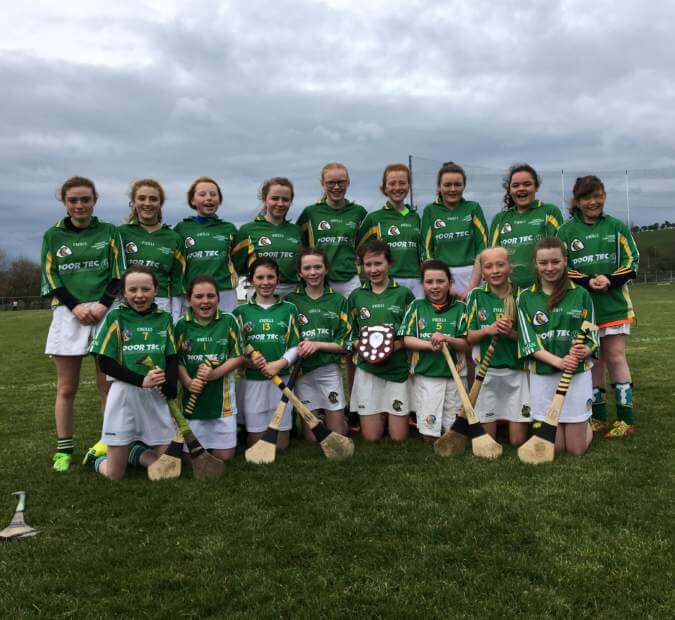 The U14 County Féile ‘A’ final will be played between Four Roads and St Dominics tomorrow – Wednesday 3rd May at 7pm in Four Roads pitch. Both ‘A’ finalists will represent Roscommon at the National Féile finals which will be held in Carlow and Kilkenny in June.

As ‘The Oak Dental Practice’ sponsored U14 Féile championship for 2017 enters its final stages, all clubs are reminded that the U14 Féile Camogie skills County Final will take place on Friday 5th May. Each club can enter three representatives who will each be tested on six key camogie skills and the victor will represent Roscommon Camogie in the National Féile camogie skills competition.

The ‘Get Active, Get Healthy’ Roscommon Camogie Spring League game between Four Roads and Athleague will be refixed shortly now that the National League final is over.