Everybody can play a part in supporting LGBT young people. This was the message delivered by Irish Times columnist and Independent Chair of Ireland’s first LGBT National Youth Strategy, Una Mullally, as she officially launched LGBT Friendly Roscommon 2017’ in Roscommon Town on Tuesday.

Addressing the large gathering of young people, service providers and community representatives, Una acknowledged that a lot of progress has been made to make Ireland an easier place for LGBT young people to grow-up. However, she also pointed out that growing up is not easy for anyone and that LGBT young people, in particular, can find it difficult. “Knowing that people will accept you for who you are can make a big difference” she said. “Most people wouldn’t even notice one of these Roscommon Rainbows in a window. But to a young teenager who is just realising that he or she is gay, it might make the world of difference.” Having been recently appointed by Minister for Children and Youth Affairs, Katherine Zappone, to oversee the development of the government’s official strategy for young LGBT people in Ireland, Una congratulated local services, statutory and community, for being proactive about supporting young LGBT people.

Having made a big impact on RTÉ’s Only Gay in the Village programme, Roscommon farmer Will Keane shared his experiences of growing up as a gay man in Roscommon. Speaking about the power that a symbol can have he urged every business, every shop and every GAA club to get on board with LGBT Roscommon Friendly 2017. “Display this symbol. Think about what it is saying. Ask yourself, what are the small steps that I can take to make life easier for the next generation? The actions in the Code of Practice are so simple. They don’t cost anything but their implementation could be invaluable to a young people that you know: maybe your son, your niece or your friend”.

Angela Toolis, Chair of Roscommon Children and Young People’s Services Committee and Area Manager of Tusla, the Child and Family Agency, congratulated the work of the LGBT Sub-Group behind the initiative. “No single organisation could have delivered this initiative. The Children and Young People’s Service Committee is a great vehicle for bringing services together and, in this instance, the HSE Office of Suicide Prevention, Tusla, Foróige, Roscommon County Council and Roscommon LEADER Partnership have all played a part. But special mention must be made to the vital role played by Luke McEvoy and his teacher Brian Higgins from Elphin Community College. Luke designed this Roscommon LGBT Friendly 2017 symbol. This symbol is a great example of young people telling us what they want. It is up to all of us to make the correct response.”

As Master of Ceremonies, Lydia Dwyer of Elphin Community College encouraged those present to register for one of the awareness raising workshops scheduled for Roscommon, Monksland, Castlerea, Boyle and Ballaghadeereen. Copies of the Code of Practice template and a schedule for the workshops can be found in the Roscommon CYPSC section of www.cypsc.ie. 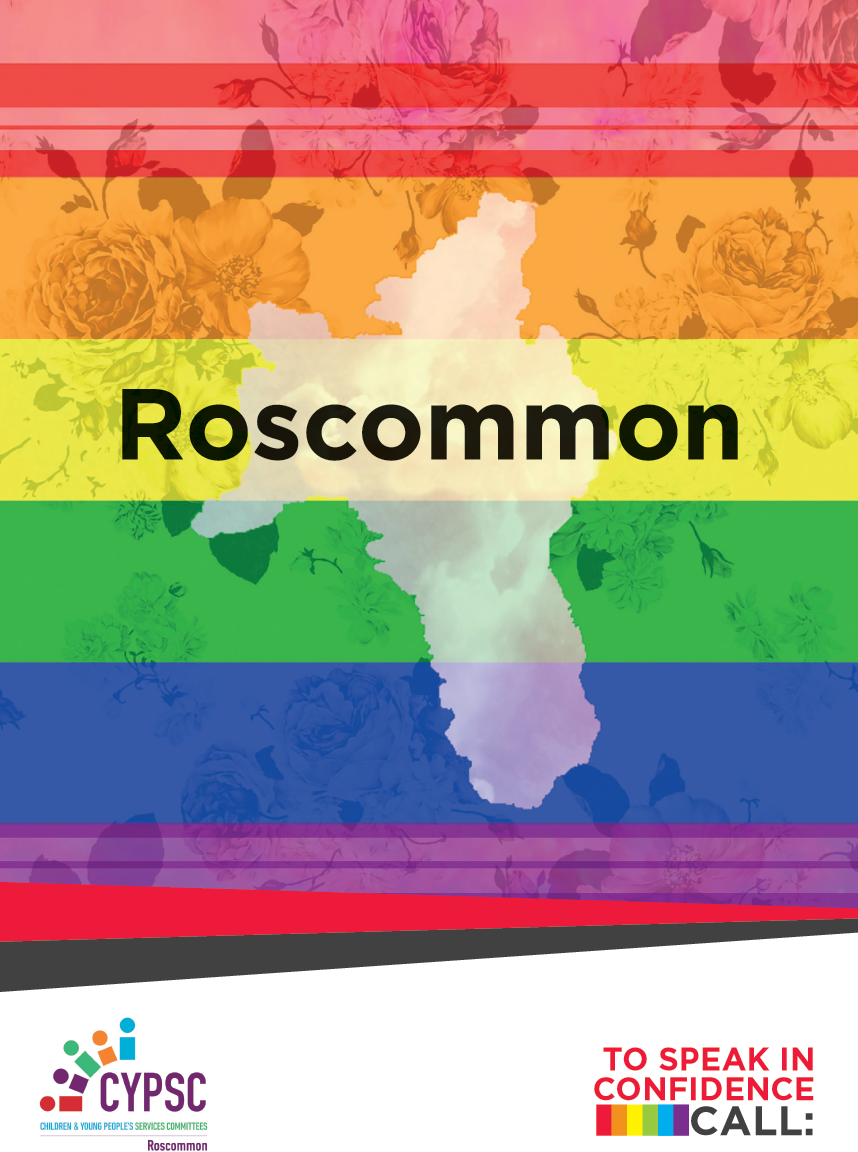