St Dominics will take to the stage representing Roscommon and Connacht in the Leiriu category, which is a light drama competition. Their dramatic piece was written by Zoe Finan, who has represented St Dominics herself over the years. It is about “Finn McCool” and the Salmon of Knowledge and it also involves appearances from Louis Walsh, Donald Trump and Kim Karadashian! This is a very humorous piece and well acted out by the young stars. It features Ina Van Opstal, Dearbhla McCormack, Courtney Kelly, Lorcan Kelly, Aine Keenan. Shane Murphy and Karol Feerick.

Earlier that day Elphin will represent the county in the Table Quiz Final. The team consists of Conor Gunn, Emmet Keane, Luke and Evan Gunn. 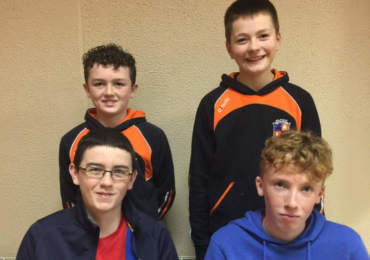 Best of luck to both teams.