Club Chairperson, Jenny Bruen wishes to thank all who helped make our 75th anniversary celebrations a successful, historic and memorable weekend. The celebrations kicked off with a social function at Ardcarne Park Complex on Saturday night. Our book, ‘St Michaels GAA Club – A Glance at Our Past’ was launched and can now be purchased in Henry’s, Cootehall or from Jenny Bruen or Nuala O’Hara for €12. On Sunday we had a very successful fun and skills day for our underage players followed by the unveiling of a special plaque in memory of the late Jim Henry and the late Mícheál Bruen whose vision and commitment has helped lead the club to where it is today . The Club dressing rooms were then officially opened by Roscommon GAA County Secretary, Brian Carroll followed by a tree planting ceremony by Mícheál Shivnan. 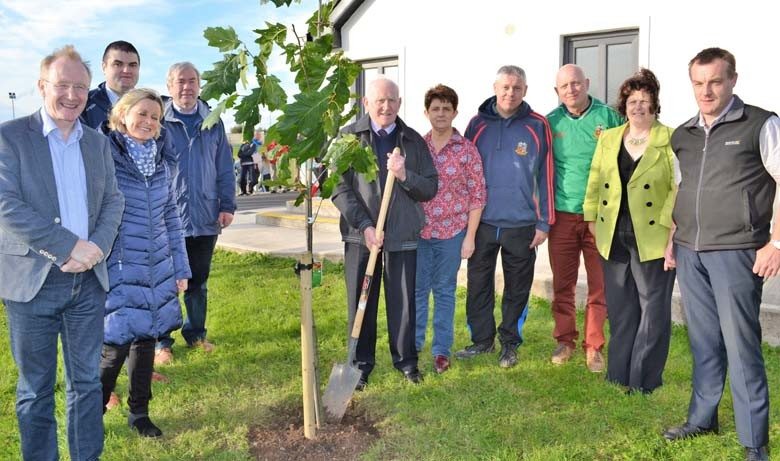 Visit our club blog stmichaelsgaa.blogspot.com for more pictures from the celebrations.

Under 10s participate in Blitz

Our under 10s were beaten in the semi-final of the Kevin Hanly Cup by the eventual winners, Shannon Gaels. Once again the club wishes to thank Kilglass Gaels for their wonderful hospitality.

St. Michaels GAA ladies are hosting an under 12 ladies tournament on Saturday 8th October at Ardcarne Park. This end of season competition will see teams from St. Michaels, Ballinameen, Allen Gaels and Kiltubrid compete. First throw in is at 11am.