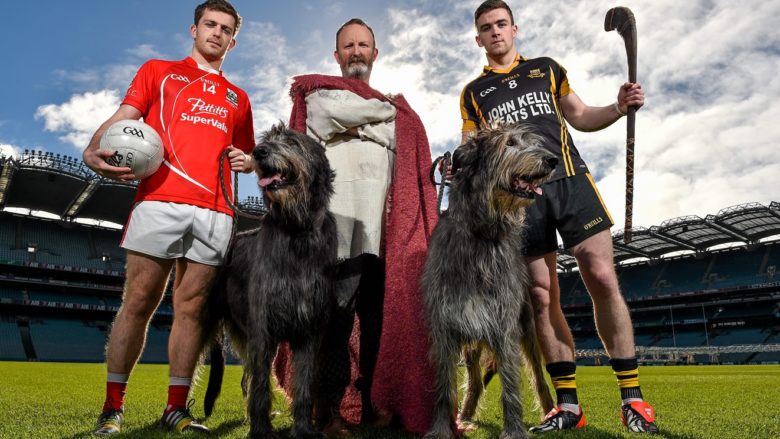 The GAA has confirmed that ticket sales for the Allianz League Division 1 and 2 League Football Finals and the LAOCHRA 1916 Commemoration show at Croke Park on April 24th are selling fast and are ahead of predictions.

As of Thursday morning, more than 32,000 tickets have been sold to the public. This figure is in excess of the attendance at last year’s Allianz Division 1 and 2 League finals at Croke Park of almost 31,000 supporters.

It means that with more than a week to go to the games and with Corporate and Premium Level ticket holders to be taken into account, the aim of having a bumper crowd at Croke Park for the finals and for GAA’s official role in the 1916 Rising Commemoration is well on course.

Uachtarán CLG, Aogán Ó Fearghail, said: “We are absolutely delighted with the response from the public towards our plans for April 24th here at Croke Park.
“That date is the exact centenary from the day that the first shorts of the Rising took place and it is a chance for the GAA to commemorate those events in our own unique way.
“The programme of national events to mark the Rising has been a huge success and has really connected well with the Irish people.
“We are looking forward to playing our own part in this most special year in Irish history. Several weeks ago we sent out a rallying call for people from our vast network of clubs around Ireland to come to Croke Park and be a part of what I believe will be a very special event, and the response from our members has been very encouraging.”

The Tyrone-Cavan Allianz League Division Two clash will take place at 1.30pm on Sunday, April 24th and is followed by the showdown of All-Ireland and Allianz league holders Dublin against Munster champions Kerry in a repeat of last September’s senior championship decider, which will take place at 3.30pm.
There will then follow a specially commissioned stadium production of a show entitled LAOCHRA featuring a cast of more than 3,500 performers, with representatives of Roscommon GAA Clubs among those who will be taking part.

The show will present the story of Ireland in a theatrical production that will include the best elements of Irish cultural entertainment. It will also highlight the role of Gaelic games and the GAA in the story of Ireland from the earliest days through to the revolutionary period and right up to the present day, placing a strong emphasis on the national and international imprint of the Association. The event has been produced in conjunction with Tyrone Production and will be directed by Ruán Magan.