There was due to be action in the Roscommon and District Football League however both games have been cancelled due to unplayable pitches. Full fixture list here

Six Doubles teams represent the county in the All-Ireland 40×20 Handball Semi-Finals over the course of the weekend. The first of the action getting under way tonight at 7:30pm in St Comans Alley, Roscommon town as Fiona Tully and Jennifer McCormack host strong Armagh pair Niamh Coleman and Megan McCann in the Minor Ladies Doubles . Read the full preview here

The second leg of the second semi-final in the Roscommon Pool League takes place in “The Central” tonight with the home side aiming to bounce back from last week’s 5-4 defeat to “Eddies”.

Following their impressive win over Leitrim the ROscommon Under 14 Ladies host Mayo in Castlerea at 2pm in Round Two of the Championship.

The Alpine Skiing (in Kilternan) and Floorball (in Loughlinstown) events in the Special Olympics Ireland Winter Games take place today. Members of Roscommon Special Olympics Club feature on the ladies Floorball team that are representing Connaught. 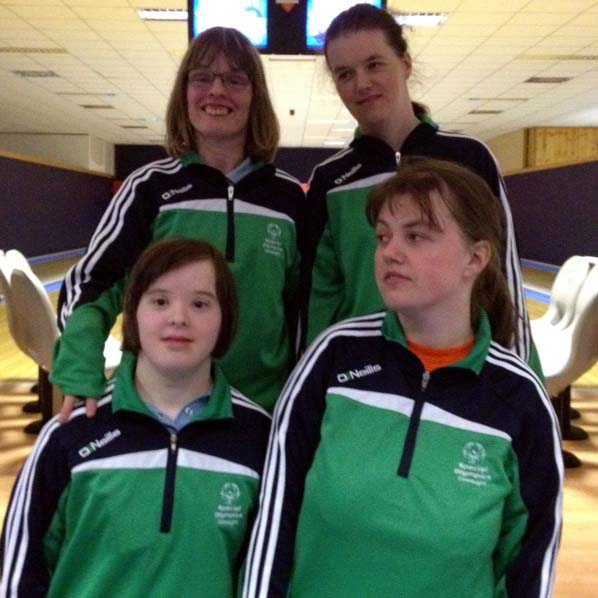 Sarah Cregg and Fergal Mahon both from Western Gaels GAA Club, are part of the Connacht GAA Team for the latest round of the M Donnelly Inter-Provincial Wheelchair Hurling Championships in Cork.

Roscommon travel west to James Stephen’s Park, Ballina to take on Donegal in the Allianz Hurling League Division 2B Promotion / Relegation play-off. Throw-in is at 5pm.

At 5:30pm the Roscommon Minor Footballers take on Leitrim in the last game of the Connacht League in Carrick on Shannon. They sit second in the Table and a win, coupled with a defeat for Galway, might see them claim the title.
There’s one game in the Tansey Cup – Adult Football League Division Three with Shannon Gaels hosting Castlerea St Kevins B in Croghan at 5pm

There’s one game in the Roscommon and District Football League and one in the Challenge Cup tonight. Full fixture list here

Roscommon’s only Professional Boxer Darren Cruise from Castlerea takes on JJ McDonagh for the Irish Super Middleweight Title as part of a big fight night being held in the K2 Centre in Crawley, West Sussex.

Former British, Irish & European Middleweight Champion Matthew Macklin, who’s father Seamus hails from Four Roads, takes on Brian Rose – the current WBO Intercontinental and British champion and boasts just three defeats in his professional career. Macklin has said that he will retire if he loses the fight. The fight will be shown on Sky Sports as part of a big PPV event from the O2 Arena, London.

Denis Buckley and his Connacht team-mates face Grenoble in the first leg of the European Challenge Cup at 9:05pm. Read the Team announcement here.Live coverage on BT Sport

A 6km Fun Run, Walk or “Waddle” takes place in Elphin in aid of Croi, the West of Ireland Cardiac Foundation. The event will commence at 1pm with registration in An Bothar Rua from 12:30pm. The entry fee is €10 per person or €20 per family.

Roscommon take on Kerry in the Irish Daily Star National League Semi-Final at 1pm in Gort in what’s sure to be a close one. Both winning two out of their four games and drew when they played each other 1-2 to 0-5!

The Roscommon Senior Footballers take on Kerry in the Allianz League Semi-Final at 2pm in Croke Park. Read the team announcement and links to ticket and travel info here and for a comparison of the progress of the two teams read our story here