On Easter Monday the people of Ballymoe, Ballintubber and surrounding areas converged on the old Garda (and RIC) Barracks in Ballymoe to attend a commemoration ceremony for Éamonn Ceannt and The Easter Rising 1916.

It was in that building that Eamonn Ceannt, one of the seven signatories of the 1916 Proclamation was born. The commemoration began with local people, dressed in traditional uniform, telling the audience about Eamonn, his life and his beliefs. Michael Fitzmaurice T.D read the Proclamation as the Tricolour was raised and traditional music played. The ceremony concluded with the reading of letters that Eamonn Ceannt 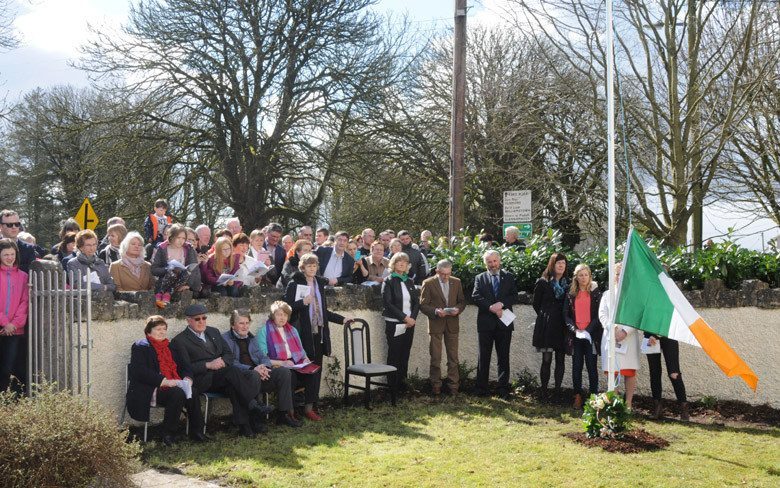