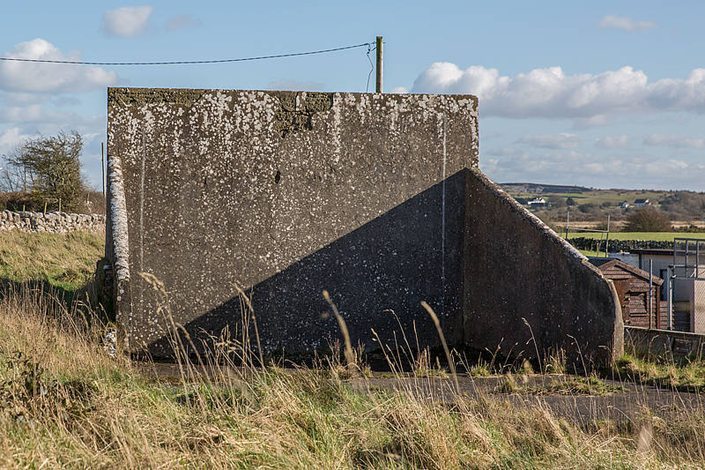 Ballintleva Handball Alley is among five monuments throughout the country which have been chosen in Ireland’s first-ever Adopt a Monument national competition.

Over 90 community groups around the country applied to adopt a monument through the scheme, which has been organised by the Heritage Council in conjunction with Abarta Heritage to support public access to Ireland’s archaeological monuments.

According to Ian Doyle, Head of Conservation at the Heritage Council, “Around every corner in Ireland you can discover an echo of the past. The five monuments selected in the Adopt a Monument scheme demonstrate the rich tapestry of heritage that we live alongside in Ireland”.

Mr. Doyle said: “We know that the public has a great interest in archaeology and, through this scheme, we want to provide opportunities to support public access to the often hidden world of archaeology. For the five successful monuments, the scheme has the potential to ensure ongoing maintenance and care, greater protection through increased civic value, and much higher standards of interpretation and understanding. I want to extend my congratulations to the community groups involved, and to encourage the public to visit the monuments in their region in 2016”.

Ballintleva Handball Alley, located in a rural setting four kilometres from the village of Dysart, is undoubtedly the most modern monument selected to be part of this scheme. Though it was constructed relatively recently, in the 1930s, the structure is of great social and community significance. The handball alley was a focal point for the community for generations until it was recently deemed unsafe.

The community group at Ballintleva want to revive the long standing tradition of handball in the area. The alley is situated beside the local national school, and its restoration will help to reintroduce handball to the school and to encourage children to engage in this healthy outdoor activity.

Spokesperson for the Ballintleva Community Group Martina Tully stated that “We are delighted to make our mark in keeping our heritage alive.”

The other winning monuments are:

Doon Fort is spectacularly sited on a small island in the middle of Loughadoon, just outside the picturesque village of Ardara in County Donegal. The site is a large drystone fort, similar to the Grianan of Aileach, and is likely to date to the early medieval period.

The local community want to avail of the technical expertise to help record the site, manage the vegetation growth, stabilise the walls and to create safer and more sustainable access to the site for visitors.

Paula Harvey of the Ardara Heritage and History Group said: ‘We are delighted that Doon Fort has been selected on The Heritage Council’s ‘Adopt a Monument’ scheme for 2016. By doing so, this ‘jewel in Donegal’s crown’ has been given the recognition it rightfully deserves. Being part of the scheme puts this Western Stone Fort… located along the Wild Atlantic Way, firmly in its cultural context. It now means that the damage being caused to the monument by an ever-increasing growth of ivy covering the drystone fortification can be addressed. Restoration of the collapse of part of the wall structure is becoming a reality, as is improved access to this hidden inland island fort. My thanks to all of the group who helped with the submission to The Heritage Council. We look forward with enthusiasm to working with Roisin Burke and her team of experts”.

Killeshandra Tidy Towns applied to adopt the historic church at the centre of Killeshandra known as ‘Church of the Rath’, Co Cavan. It is from this church that the town takes its name. The Church of the Rath is a wonderfully atmospheric graveyard that has ancient origins.

The church is in need of specialist advice for architectural conservation, and the group would also like to raise awareness about this important site.

Group spokesperson; Anne Shanley, stated that “Killeshandra Tidy Towns committee are delighted to have the old Rath Church, Killeshandra chosen as one of five nationwide locations for the Adopt a Monument scheme. For us the scheme has the potential to become a vital cog in our efforts towards the conservation of what we see as an important national monument… We look forward to the professional help we shall receive from being part of the Adopt a Monument Scheme. This will boost our efforts and give recognition to the site and ensure that essential building conservation works are undertaken. We will also put into place a community led management and biodiversity plan for the historic site’.

The communities of Dungarvan and Lismore in County Waterford joined together as part of a combined application to adopt two medieval forts in their localities. These motte and baileys were constructed by the Anglo-Normans in the early phase of their invasions into south-eastern Ireland.

Gallowshill in Dungarvan is located in the Cathal Brugha housing estate that is currently undergoing regeneration. The community wished to adopt the monument to help raise awareness of the site for visitors and locals.

The large motte and bailey known as Round Hill is situated on the banks of the River Blackwater in Lismore. This large defensive site is currently overgrown by vegetation and needs specialist advice in helping to conserve the monument and to provide better access for visitors.

Maella Fahey of Lismore Heritage Centre said that “Lismore Heritage Town and the Round Hill Project committee are delighted to have been chosen for the Adopt a Monument scheme, the community will welcome the opportunity to look at this very important site in more detail and explore the possibilities for the future. We are excited to be working with Waterford County Museum as they investigate Gallows Hill, Dungarvan, this will be a major project for the whole West Waterford Area’. Christina Knight, spokesperson for Gallowshill in Dungarvan said: ‘It’s a wonderful opportunity that will support communities to take ownership of their National monuments for the benefit of people living in the area and the many visitors to County Waterford. As the only application selected in Munster we hope to do our best to ensure the pilot project is a success and continues for many years to benefit towns and villages around the country.”

Ireland’s industrial heritage is represented by another successful community from Glenmalure in County Wicklow who applied to adopt the large ore crusher building at Baravore in the scenic Glenmalure Valley. The two story crusher building was constructed in the late 1850s, towards the end of the mining era in Baravore. It stands as a testament to the hard working miners and entrepreneurial pioneers who sought to delve into the rich natural resources that lay hidden in the valleys.

The group applied to seek assistance with the conservation of the ore crusher building, and to help promote the area for visitors.

Spokesperson for the group, Pat Dunne stated that; “being part of this scheme is a dream come true as it provides national recognition of the significance of this historical building in our valley. Our efforts to record and raise public awareness of the rich mining heritage of Glenmalure will be greatly enhanced”.