The Roscommon Camogie Board would sincerely like to thank all who supported their recent Cookery Demonstration. Sincere thanks to Hodson Bay for providing the venue free. Thanks to hardworking committee of Clare Curley, Patricia Lennon, Imelda Quinn, Bernie Mulry, Mairead Conway, Padraig Dooley, Fiona Connell for all their work and to clubs who sold the tickets.

Congratulations to Caroline Connuaghton, Susan Spillane, Rachel Dolan, Eimear McNally, Julie Healy, Shauna Fallon, Lorraine Kenny, Fiona Connell, Micheala Fallon, Joanne Beattie and Kate Doyle who were selected for the Connacht Inter-provinical Junior Camogie Team. Connacht will play Leinster on Sunday 21st May at 12.15 in Abbotstown, with the winners of that match contesting the Final later that day. A number of other girls were selected, however due to change in Roscommon Adult Ladies Football League finals from 14th May to 21st May they are not available. Wishing Connacht Inter-provincial Junior Camogie Team every success next weekend.

The replay of the U14 Feile final between Four Roads and St Dominics will take place in Athleague this evening, May 15th, at 7pm. We hope both teams serve up a game equally as entertaining as the drawn match. 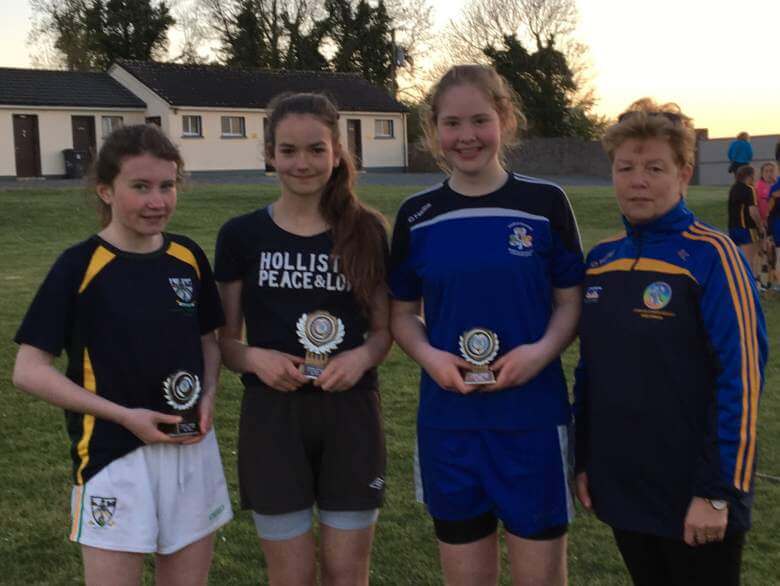 The U10 camogie season commences this week with the first blitzes of the year. Roscommon Gaels will host Oran, Boyle and Tulsk while Athleague will host Padraig Peares, Four Roads and St Dominics. Best of luck to all teams for the year ahead.