Two Roscommon Handball players brought All-Ireland titles back to the county over the weekend following impressive performances in Kingscourt. Aengus Cunningham reports on the action.

For the second year in a row, most of the 40×20 Finals were held over the one weekend in the superb County Cavan venue and this has led to big crowds and a superb atmosphere around the three courts.

On Friday Lisacul’s Denis Creaton won the All-Ireland Over 35 ‘B’ 40×20 Champion following an impressive win over Cork’s Jamie O’Donnell.
There is no doubt that once Denis decided to play in this grade it was probably his All-Ireland to lose, as he is a very experienced, fit and skillful player who would be much stronger than the standard ‘B’ player and so it proved throughout his campaign.
After the initial nerves were settled and the play became freer, Denis started finishing the ball with regularity and was never in any real danger winning 21-11, 21-8 for a popular win. 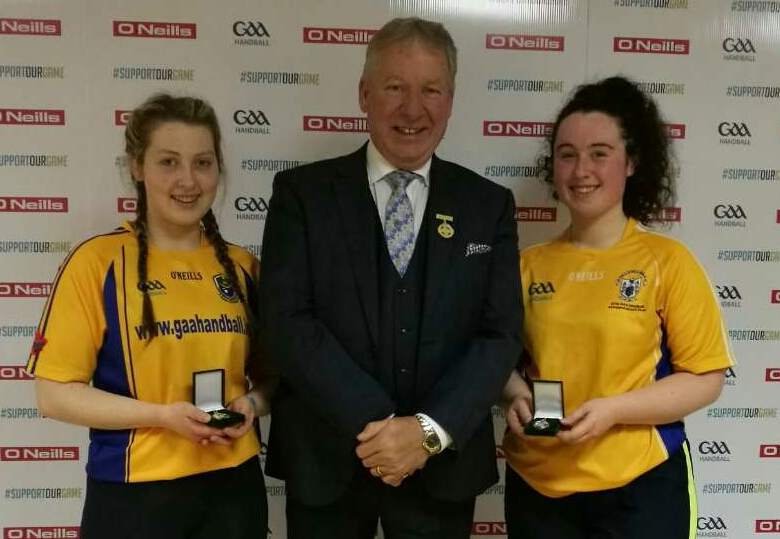 Fiona Tully claimed the All-Ireland Ladies Intermediate 40×20 Championship following a very easy win over Clare’s Clodagh Nash on Saturday.
Fiona’s match turned out to be a very one-sided affair, with the St. Coman’s star simply on a different level to the disappointing Banner girl. Fiona won every bit as easily as the 21-3, 21-4 scoreline suggests.
It has been a great first year out of the underage ranks for Fiona and the next target has to be moving to the top of the Senior ladder which will be very difficult but with hard work and experience is definitely achievable in the next few years.