Showcasing the finest performers from the world of Classical and Traditional Music has always been one of the cornerstones on which the Boyle Arts Festival is firmly established and the 2016 Festival, which will start on July 21st, is no different.

This year, audiences can look forward to some very special appearances from some of the country’s finest performers in both the Classical and Traditional music genres.

The Classical music programme will begin with a lunchtime piano and guitar recital by award winning teenage family duo, Liam & Alana McManus in King House on Friday July 22nd while Saturday July 23rd will see a lunchtime performance by Shane Kenrick (clarinet) and Emma Kenrick (flute), both of whom have performed with the DIT Youth Ensemble & the Irish Youth Wind Ensemble. They will be accompanied by BAF ‘pianist in residence’ Mary Scarlett.

The newly formed St. Joseph’s Church Choir will perform during the regular 11:30pm service in St. Joseph’s Church on Sunday July 24th while at 6pm on the same evening, King House will be the venue for Ensemble Avalon. Formed in 2006, Ensemble Avalon, Ioana Petcu-Colan, violin, Gerald Peregrine, cello and Michael McHale, piano, have given numerous recitals across Ireland, the UK and America. Their programme will include works by Haydn, Smetana and Piazzolla.

July 25th will see a lunchtime performance in King House by 17 year old pianist Aidan Chan, who has appeared as a soloist and chamber musician in venues such as the National Concert Hall, the Hugh Lane Gallery & the Freemasons Grand Lodge of Ireland. His programme will include works by J.S. Bach, Mozart, Ravel, Scriabin, Liszt and Chopin.

Also on the 25th, a concert featuring the pairing of words and music with a 1916 connection will make a powerful and spiritual evening event. Saxophonist Kenneth Edge will be joined by Rosaleen and Conor Linehan and the Carolan Quartet for a performance of ‘Easter Snow’ in the Church of Ireland at 8pm.
Music from that time, presented in a chamber music setting coupled with newly composed music for the concert will constitute the musical aspect. Words from Pearse and Yeats, will constitute the narrative.

Baritone, Rory Costelloe will be joined by soprano Muireann Mulrooney and pianist Mary Scarlett in King House at 1pm on July 26th.The programme will include works by Handel, Strauss, Donezetti and Gounod.

Pianist, Peter Regan will make a welcome return to Boyle on July 27th with a lunchtime appearance in King House. He has been described as a “major talent” who “plays with real musical maturity and easy command”. 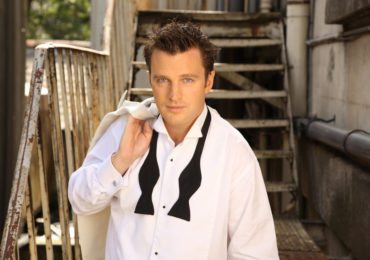 Dublin born Soprano Sandra Oman, has performed extensively in Ireland, UK, USA, Italy, Faroe Islands, Latvia and Poland and has sung principal roles in The Marriage of Figaro, Don Giovanni & The Pirates of Penzance. She will be joined by Niall Kinsella on piano and baritone Simon Morgan, who recently launched his first solo Album with Orchestra, “I’ll Be Seeing You”, at The National Concert Hall of Ireland. This very special concert will take place in the Church of Ireland on July 27th at 8pm.

Soprano, Aoife Gibney will be accompanied by pianist Killian Farrell in King House on July 29th. Aoife has made numerous appearances as a concert soloist. At the age of 18, she made her orchestral debut with the Dublin Bach Singers performing a series of Bach cantatas & masses. Since then, she has returned to perform Haydn’s Seven Last Words of Christ and Handel’s Israel in Egypt.
The Classical programme concludes with a lunchtime concert in King House on Saturday July 30th by the DIT Early Music Ensemble and a performance by tenor, David Scott, during the 11:30pm Mass in St. Joseph’s Church on July 31st. 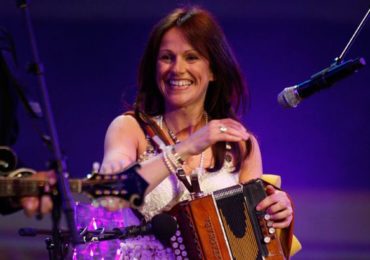 The centrepiece of this year’s Trad. programme will be a unique performance by Sharon Shannon & Friends in the Church of Ireland on Tuesday, July 26th. The internationally renowned accordionist needs no introduction whatsoever and audiences are in for an unforgettable experience. The concert begins at 8pm.
Colin Beggan will give a rare solo performance in the Patrick’s Well on July 30th at 10pm. His music is rooted in Bluegrass and Old Time and he is an original member of the famous Sackville String Band. Admission is free.

On Thursday July 28th, the always popular Singer’s Night will take place in Dodd’s Crescent bar at 9:30pm. This event will be preceded by a workshop in singing, conducted by Rita Gallagher.

Booking is advisable for all events and this can be done at the Festival office, next door to Marian’s, Bridge St. Boyle. Drop in to pick up a programme or to find out about the other exciting events. The office will be open every day (excluding Sundays) from Monday July 11th until July 30th. Online booking is available for selected events at www.eventbrite.com. For more information, see our full programme or go to www.boylearts.com Tel. 071 9663085. Email [email protected] or follow us on Facebook, www.twitter.com/boyle_arts and Google+