Details of very exciting and diverse events were unveiled yesterday (Saturday June 19th), when the programme for the 27th annual Boyle Arts Festival was launched at Origin farmer’s market in Boyle.

The nationally renowned Festival will be officially opened by former President of Ireland, Mary McAleese on Thursday July 21st. The programme is already bursting at the seams with over fifty events, including an eclectic mix of visual arts, music, drama, film, comedy, workshops, storytelling, children’s events, poetry, readings and much more! The Festival will continue until Sunday July 31st.

Some of the names to watch out for include acclaimed singer songwriter Paddy Casey, who will kick off this year’s musical programme with an appearance in Daly’s Storehouse on July 22nd.
After a five year hiatus, Paddy returned last year with his fourth album The Secret Life Of and this is his first appearance in Boyle.

Phil Coulter, who needs no introduction, will make a welcome return to Boyle on July 24th with a performance in St. Joseph’s Church, featuring a full band and some of his best loved songs.

Sharon Shannon and her band, will make a very special appearance in the Church of Ireland on July 26th and another not to be missed performance will be a special collaboration between Frances Black and Kieran Goss in King House on July 29th. 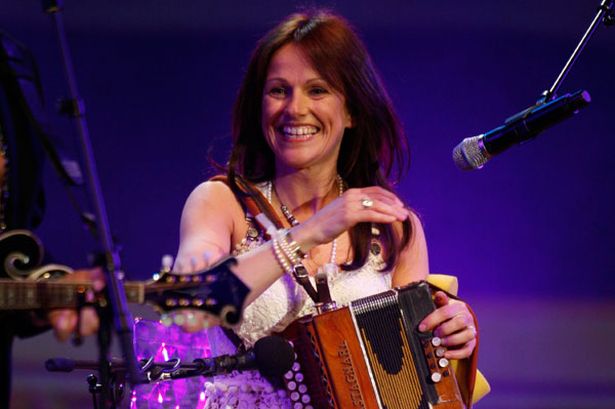 The Henry Girls will return to King House again this year for a performance on July 30th. The three sisters from Donegal continue to enjoy a very high profile both here and abroad, with their melodic folk music and intricate harmonies.

Other musical highlights of this year’s Festival will include a return performance by Lizi, Lynda & Ceara in the Church of Ireland on July 28th. The girls last performed to a packed audience in King House, in 2014. There will also be superb performances from The Honey Bees, Frank Simon, Colin Beggan, David Byrne and Adam Daly.

In the Classical genre, Boyle Arts Festival are delighted to welcome Ensemble Avalon. Formed in 2006, Ensemble Avalon, Ioana Petcu-Colan, violin, Gerald Peregrine, cello and Michael McHale, piano, hail from North and South of the island and have given numerous recitals across Ireland, the UK and America. They will give a concert in King House on July 24th. Soprano Sandra Oman will be joined by baritone Simon Morgan during a concert in the Church of Ireland on July 27th. Saxophonist Kenneth Edge will be joined by Rosaleen and Conor Linehan and the Carolan Quartet for a performance of ‘Easter Snow’.

Boyle Arts Festival 2016 will conclude on Sunday July 31st with a fantastic themed musical performance by Old Market Street taking place in the Ardcarne Garden Centre Restaurant. With limited places available and an expectation of a lot of interest, this is one event that will sell out rapidly, so do not delay in booking your tickets.

Spoken word events will include an interview with crime journalist, Paul Williams conducted by RTÉ news journalist and author, Carole Coleman on July 22nd. Also, look out for readings and talks by Elaine Gaston, Thomas Finan, Barry Feely, Sara Baume and award winning author, Lisa McInerney.
In the film genre, watch out for screenings of ‘Atlantic’ and ‘Kung Fu Panda 3’ during the Festival.

Comedian and actress Deirdre O’Kane will present a night of comedy in King House on July 28th.

There’s always a lot for children to do at Boyle Arts Festival including Film, Storytelling, Art workshops with Susan Boyle and Roisin Egan and lots more to be announced later.

As always, the centrepiece of Boyle Arts Festival is the main visual Exhibition, this year curated by Paul McKenna and housed in the beautifully restored King House. The theme this year is ‘North by North West’ featuring the very best artistic talent from that part of the country. Several other exhibitions, including the highly acclaimed Local Artists exhibition, will take place during the Festival and details will be available in the programme.

The Boyle Arts Festival office, situated beside Marian’s on Bridge Street, will be open from July 11th. Details and tickets for all the events will be available from here. Tickets for a selection of events are now available to purchase in advance on www.eventbrite.ie

For more information on Boyle Arts Festival 2016 visit www.boylearts.com or www.eventbrite.ie . You can follow the Festival News on Facebook or email [email protected] . Alternatively you can call 071 96 63085.