For the first time in nearly 400 years the Ford crossing point between Fuerty and Castlecoote house, has been bridged and all going to plan, visitors to the Percy French Festival in July will be the first people to cross the river Suck at that point, since retreating Jacobite soldiers crossed in 1691.

Patrick Sarsfield, ordered its original destruction during the Williamite Wars (1689 – 1691) as he was concerned he would be flanked from the rear by Regiments of William’s army as Castlecoote bridge was the only other bridged crossing over the river Suck, between it and Aughrim. 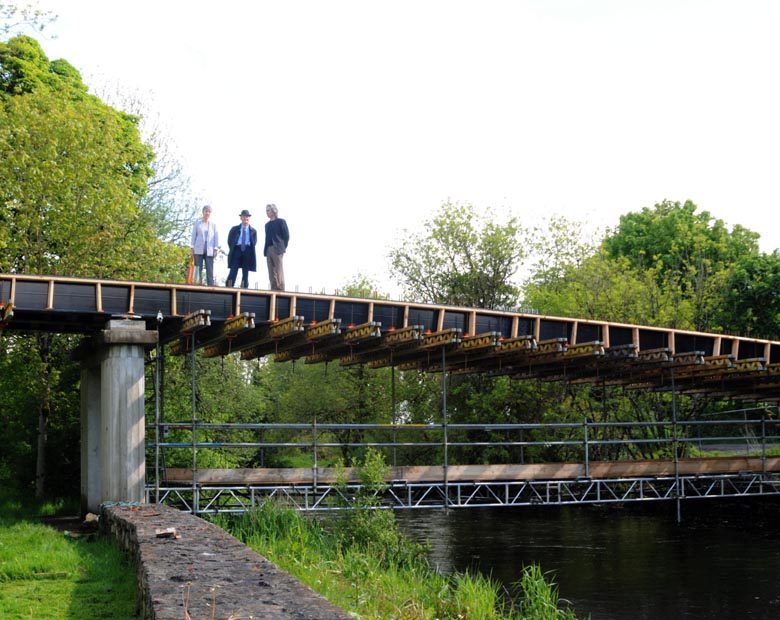 The ruins of this original Medieval bridge form part of the many follys dotted around the landscape at Castlecoote house, including three Medieval lookout Towers. One of these Towers can clearly be seen in the view from Cooley/Bridgetown, which will now become the new approach to Castlecoote House.

The Percy French Festival runs from July 6th to 8th and full details of the programme of events can be found at percyfrench.ie