“We want the parties to agree on a three-budget programme for a a minority Government and we are withdrawing from the talks process until that can be agreed” – a strategy that all the 14 Independent TD’s who met, are in agreement with. “We have also made it clear that if the main parties want a facilitator to assist with their talks, that will be made available to them” concluded Mr. Fitzmaurice.

It is not yet know if the vote for Taoiseach, which was due to take place at 2:30pm, will proceed as planned.

A copy of a statement signed by the 14 TDs can be viewed below. 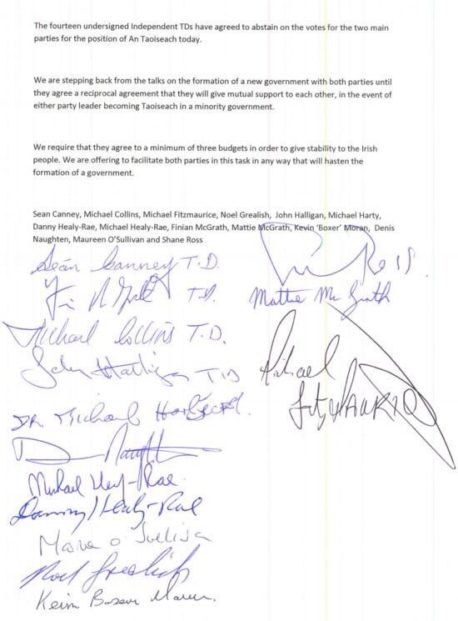