Best of Luck to the County Minor team who play in the All-Ireland Final on Saturday, 23rd April, a time and venue has yet to be announced. There are 7 club girls on the team and we wish them all the best.

Also good luck to the County Junior team who play in the League Semi-Final v Kerry, 10th April, time and venue to be announced. There are 5 club girls on the team, best of luck girls! 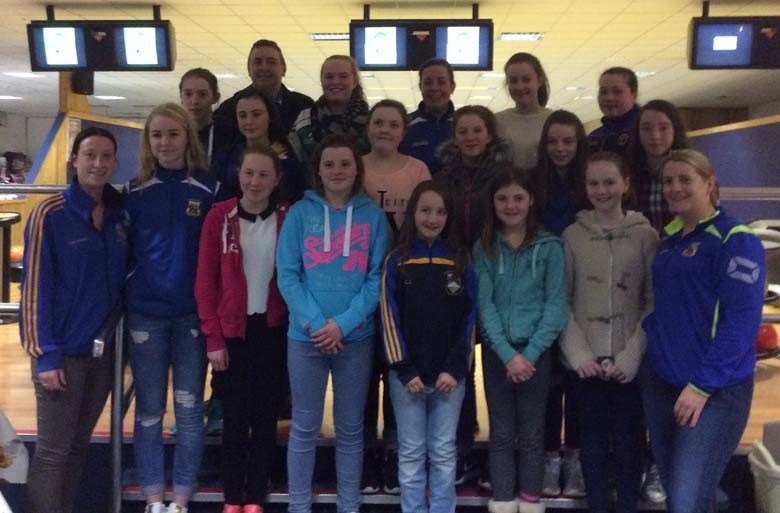 Athleague under 14 team who received their county medals at a bowling evening in Roscommon recently.

Athleague Senior team who received their county medals at their dinner dance in the Abbey Hotel on Easter Sunday night.