We’re bringing you comprehensive coverage from the Roscommon Galway Constituency Count at the Hyde Centre.

In addition to the post count updates here you can follow further live updates at twitter.com/RoscommonDaily After each count we will publish an easy to read graphic showing the status of the candidates.

Sunday 28th at 2:55am – Official confirmation by Deputy Returning Officer Mary Raftery
The TDs to represent the Roscommon Galway Constituency in the 32nd Dáil are as follows 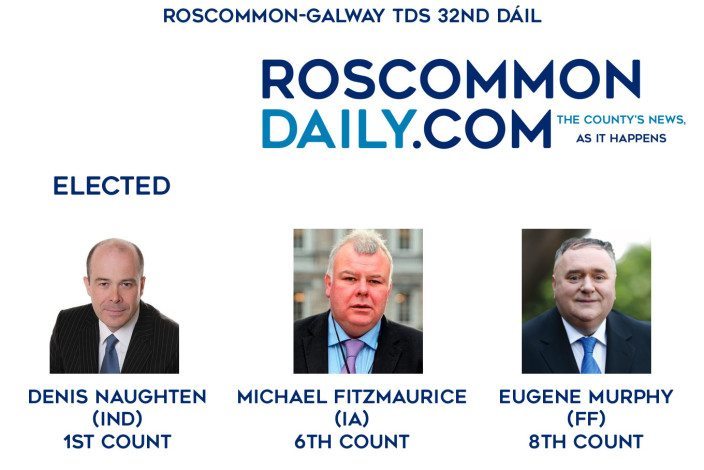 Sunday 28th at 2:40am – Eighth Count
Eugene Murphy (Fianna Fáil) Elected, despite not reaching the Quota. 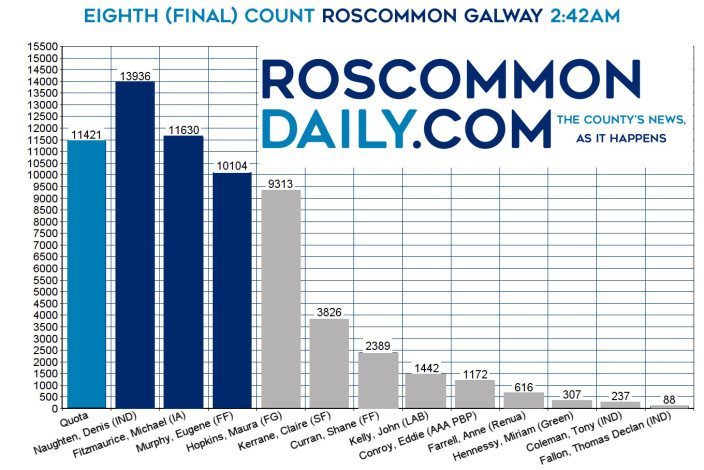 Sunday 28th at 1:05am – Seventh Count
No candidate reaches the Quota. Claire Kerrane (Sinn Fein) and Shane Curran (Fianna Fáil) Eliminated
As both have been eliminated at the same time it will not be possible to see where their transfers will go. 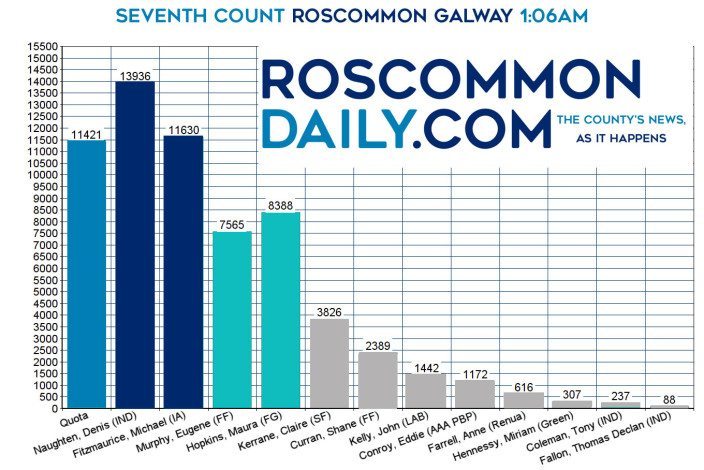 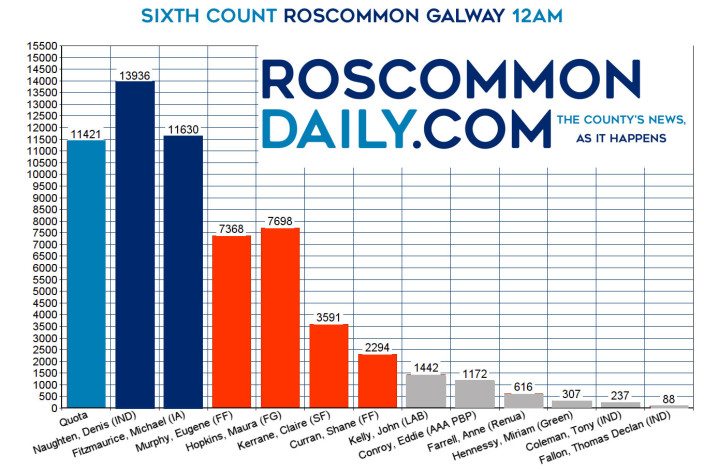 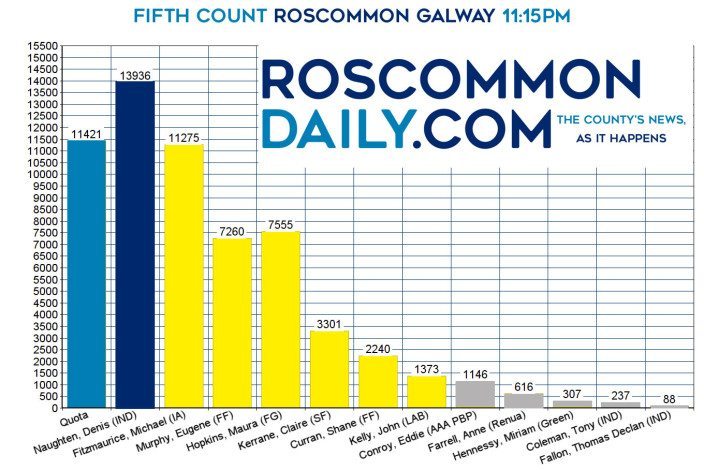 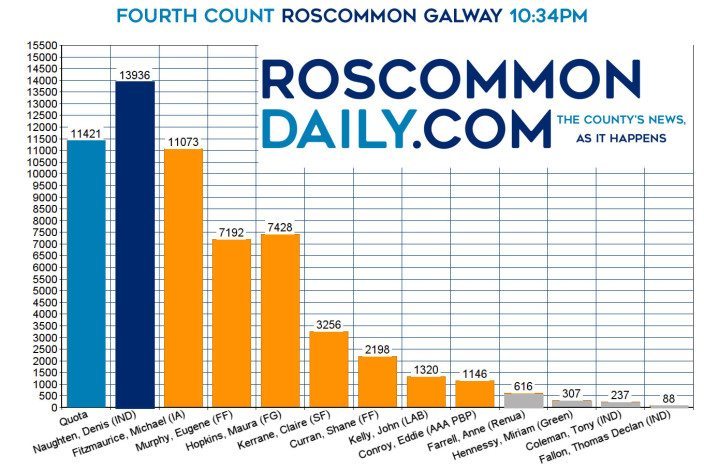 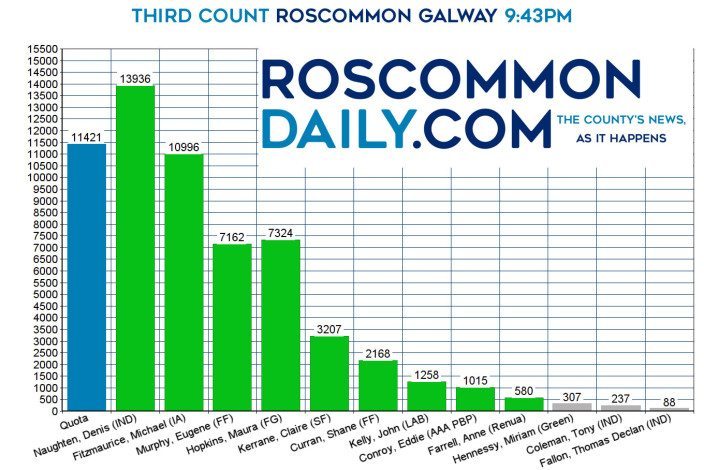 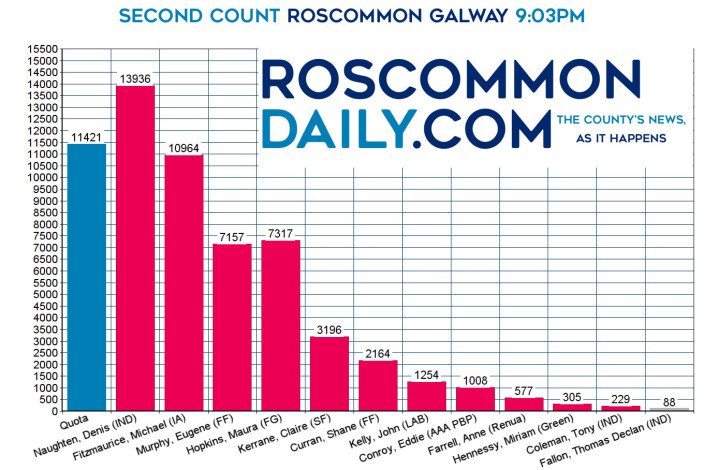 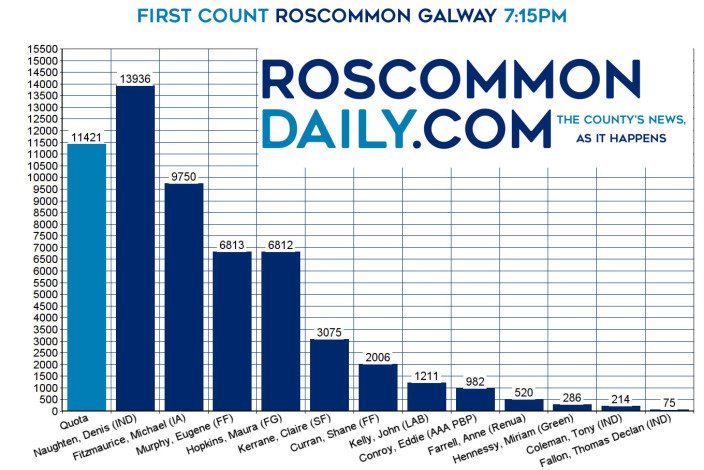