The team were particularly pleased that all 11 players on the squad got the opportunity to show their abilities in a tight battle in all 3 sets. There were a number a long rallies throughout the match with Elphin gaining the upper hand in most of the tight points on offer. While a number of unforced errors allowed the Dublin team to stay close in each set the Spiking strength possessed by Elphin proved too much in the end for the opposition. The school now progress to meet St. Brigid’s VS, Loughrea this Wednesday.

In related news the Elphin Community College First Year Girls team travelled to Strokestown to compete in a volleyball tournament. The team won all three games in their group, beating teams from Drumshambo, Strokestown and Roscommon Community College. On reaching the Semi-Final they were narrowly beaten by Strokestown. The team played exceptionally well despite this being their first competition to compete in. Well done to all involved! Players: L. Shanagher, C. Higgins, C. O’Dowd, M. Roxby, K. Rossiter, S. Cannell, B. Traboue. 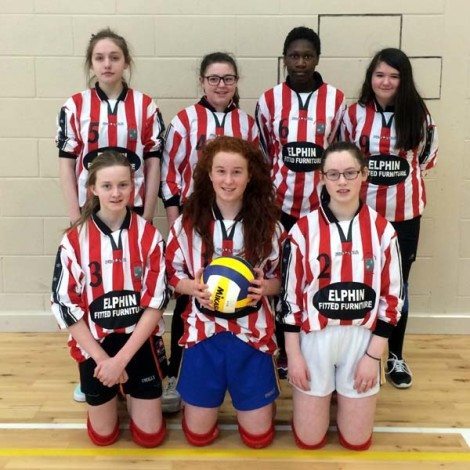