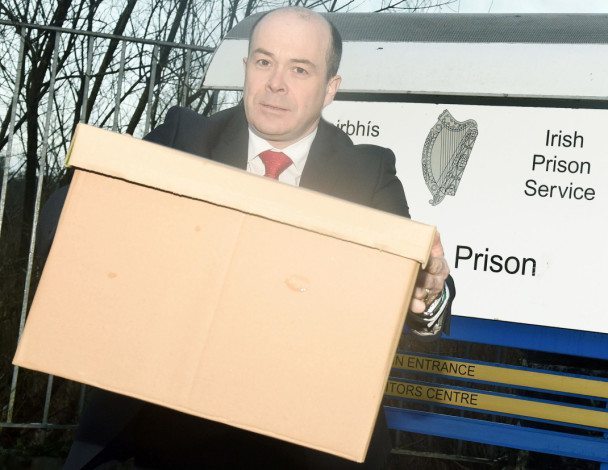 The taxpayer is forking €102,000 per year for electronic tags yet the lack of laws to allow for the electronic tagging of sex offenders is undermining the security of women and children, claims Denis Naughten TD.

“The Prison Service currently has 10 electronic tags which are used for prisoners on temporary release and also entered a contract for a further 50 tags at a total annual cost of €102,000; yet we are still waiting for the laws to be implemented which will allow for high risk sex offenders to be tagged,” stated Denis Naughten.

“The law to allow for the tagging of such offenders, after their release from prison, has been in the planning for nearly five years yet is still waiting to see the light of day. So instead of these tags being used to make our streets safer for women and children, they are gathering dust while we wait and wait for the new law.”

Denis Naughten has campaigned for reform of the law in relation to sex offenders and the Government accepted new laws he produced to provide vastly improved protections for children.

Under such laws, the monitoring of sex offenders would be dramatically improved and for the first time parents will have a right to access information regarding high risk offenders who may have direct access to their son or daughter. It is rare for the Government to accept a law proposed by an individual TD and this proposed legislation will close loopholes and ultimately help to make our children safer.

“The new law will close off a number of gaping loopholes within our so-called sex offenders register and for the first time will give Gardai the legal tools to effectively monitor those who pose a risk to children and vulnerable adults,” states Denis Naughten TD.

“The Criminal Law (Sexual Offences) Bill will to allow for the tagging of high risk sex offenders after their release from prison, which will make our streets safer. The tags have been gathering dust while we have waited and waited for the new law. The Prison Service has been proactive in planning for the new law and has 50 electronic tags available once the law is enacted.”